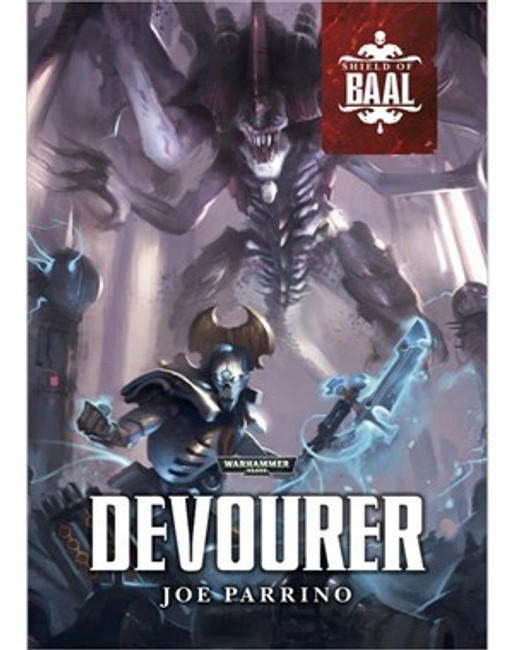 A Shield of Baal novella

As war rolls across the Cryptus System, another threat rises as necron overlord Anrakyr the Traveller seeks to awaken a tomb world – a goal that will lead him into a desperate alliance with the sons of Sanguinius.

READ IT BECAUSE
The battle for the Cryptus systems reaches its climax as Xenos both newly spawned and incomprehensibly ancient clash. In this warzone, even the most bitter of rivalries are set aside in the face of utter destruction.The necrons make great antagonists, but here we have one of only a handful of titles where we see war from the perspective of these ancient warriors.

Deathstorm A Shield of Baal novelThe sons of Sanguinius land upon Phodia, commanded by First Captai