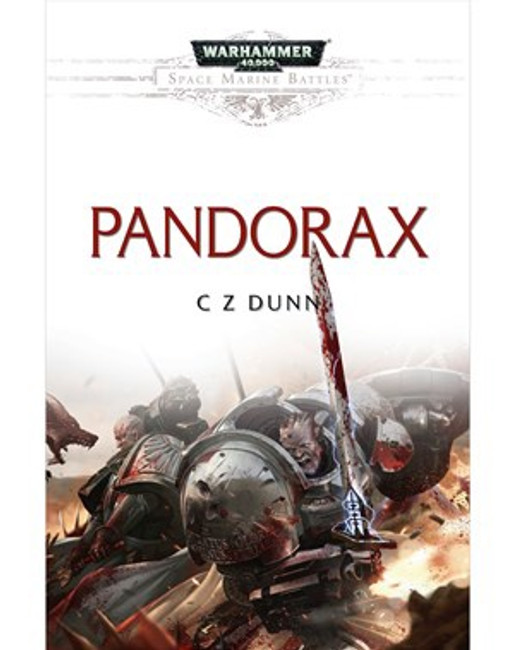 Chaos is unleashed and things look bleak for Pandorax – until salvation arrives in the form of the entire Dark Angels Chapter, led by Master Azrael and a host of heroes.

READ IT BECAUSE
As well as being one of the most brutal conflicts of the Warhammer 40,000 settings, Pandorax also features some of the 41st Millennium's most recognisable heroes and villains, such as Azrael of the Dark Angels, Grand Master Draigo of the Grey Knights, Colonel Iron Hand Straken of Catachans and even Warmaster Abaddon of the Black Legion. Horus Heresy fans will also find links to the novel The Damnation of Pythos set a full 10,000 years earlier. Finally, there's loveable Jokaero space-ape that drives a tank. That's got to be worth a read?

Milo, aka “Bane of Kings”, reviews Pandorax, the first novel in a brand new Apocalypse series by CZ

Damocles A Space Marine Battles anthologyAs the world of Agrellan falls under attack, the White Sca

Gildar Rift, The In the depths of space, the Silver Skulls take on the might of Huron Blackheart an