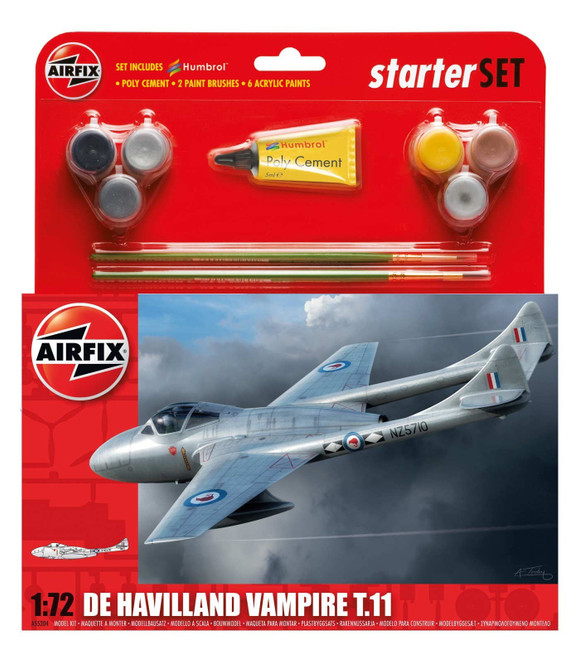 or make 4 interest-free payments of $9.95 NZD fortnightly with

The de Havilland Vampire was the second jet fighter to enter RAF service, coming after the Gloster Meteor. Featuring a twin boom fuselage, which was to become a common feature of de Havilland designs, the Vampire proved a capable early jet fighter. The Vampire T.11 trainer was developed from the fighter versions and served the RAF until 1967. It was an excellent trainer and examples continue to fly today both in the UK and further afield.

de Havilland Chipmunk T.10 Despite being a Canadian design, the Chipmunk has become one of the most