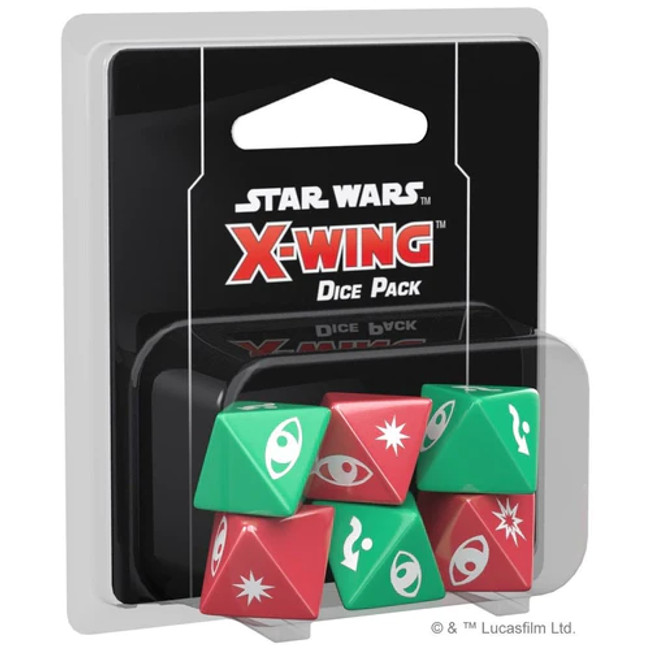 or make 4 interest-free payments of $0.88 NZD fortnightly with

Whether you’re a veteran of countless starfighter battles, or X-Wing Second Edition marks your first time visiting the hangar bays of the Star Wars galaxy, you’ll find a world of excitement, tactics, and danger for you to explore. But you’ll also find that, sooner or later, your ships are going to be damaged! Not even the galaxy’s greatest pilots—like Han Solo, Darth Vader, and Luke Skywalker—can always fly through a heated dogfight without taking a scratch. Today, we’re proud to announce the perfect accessory to take the sting out of taking damage: theT-65 X-Wing Damage Deck, a special pre-order promo item for X-Wing Second Edition!

First, if you’re going to repair the damage that’s coming onto your ship, you have to understand it. Every damage card in the T-65 X-Wing Damage Deck displays a blueprint of a T-65 X-wing, with the damaged portion of the ship highlighted in red and neatly labeled in Aurebesh. As soonas you’re forced to take one of these damage cards, you’ll instantly know which part of your shipis affected, giving you the information you need to adapt and start planning your new path tovictory.

In addition to this updated graphic design, the cards of the T-65 X-Wing Damage Deck have been expanded to a larger size. Rather than using the Mini American Board Game card size, as in the X-Wing Second Edition Core Set, the T-65 X-Wing Damage Deck features damage cards that have been expanded to LCG size, making them easier than ever to read and use on the field of battle.

Make the right decisions to lead your civilization to prosperity! Lead one of the seven greates