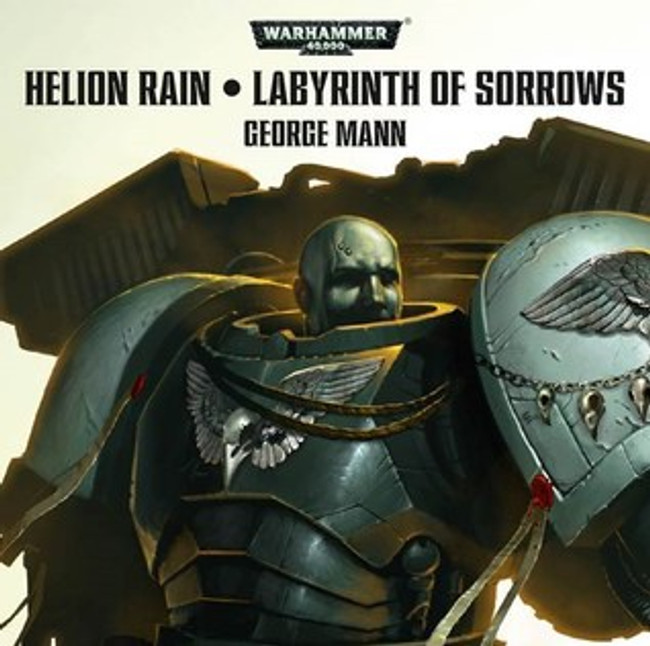 The Raven Guard are Space Marines like no other. The sons of Corax fight their battles with stealth and speed rather than fury and flame. As shadows of death they appear behind enemy lines and strike without mercy or restraint.

Helion Rain
The world of Idos is on the verge of destruction, wracked by catastrophic storms and plagued by ravening tyranids. Into this maelstrom come the Raven Guard Fourth Company. Led by Veteran Sergeant Grayvus, their mission is simple - to vanquish the enemy.

Labyrinth of Sorrows
On the mortuary world of Kasharat, Space Marines of the Brazen Minotaurs infiltrate an ancient temple-tomb, seeking an artefact sacred to their Chapter... But they are not the first to enter the tomb - are the Raven Guard there to help the Brazen Minotaurs, or to destroy them?

Witness the Raven Guard's way of war in action: a lone scout team infiltrating a tyranid infested city and a stealthy assault by an elite Vanguard Squad into the heart of a Chaos stronghold. The sons of Corax are the masters of stealth.

Helion Rain is also available as an MP3.
Performed by Toby Longworth
Produced by Big Finish for Black Library

Labyrinth of Sorrows is also available as an MP3.
Narrated by Sean Barrett, Performed by Rupert Degas and Saul Reichlin
Produced by Heavy Entertainment for Black Library

Warhammer Fantasy Audio Aenarion The Sword of Khaine resides upon the Blighted Isle, veiled in myst

Warhammer 40,000 Audio Dramas Perfection (MP3) On a world besieged by the forces of Chaos, the Empe

Warhammer 40,000 Audio Dramas As war spreads across the sector, Imperial and Chaos forces clash on t