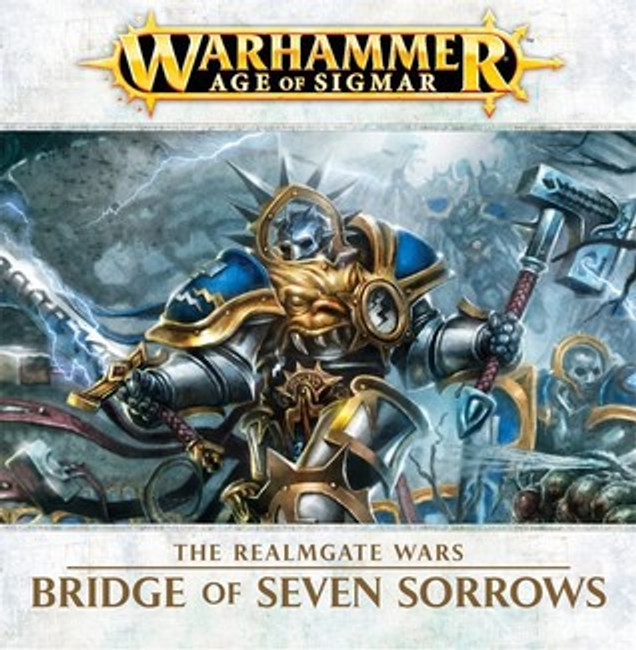 Finally, the Hallowed Knights reach their goal: the underworlds of Shyish and an audience with Nagash himself. On the Bridge of Seven Sorrows, Lord-Celestant Tarsus will meet his destiny.

At last, the great search for the Nine Gates is over as Tarsus and the Hallowed Knights reach the lair of the Great Necromancer himself, Nagash. Here, in the dark hollows of one of the underworlds of Shyish, the Stormcast Eternals will meet their fate. As they stand in the shadow of death, they must trust that their vampiric guide, Mannfred von Carstein, has not played them false.

A battered and broken force of Stormcast Eternals, a sly and treacherous vampire, and the Supreme Lord of the Undead himself... not the start of a joke, but the situation here. And what happens certainly isn't funny for the Hallowed Knights...

Age of Sigmar Audio Dramas The Realmgate Wars: The Prisoner of the Black Sun Part one of the Realmg

Warhammer 40,000 Audio Dramas The Raven Guard are Space Marines like no other. The sons of Corax fig