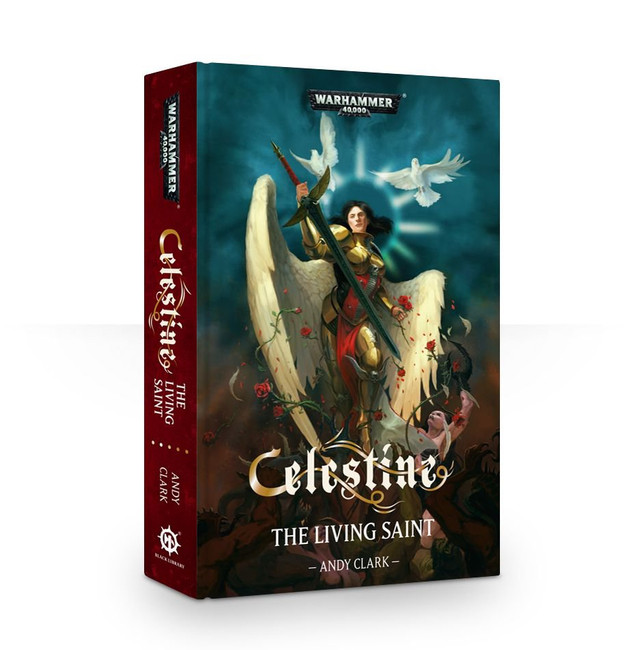 Saint Celestine is one of the greatest heroes of the Dark Imperium, an immortal warrior who returns time and again, even when struck down by a foe, like the Emperor's avenging angel. But what happens when she dies and comes back? Prepare to find out.

READ IT BECAUSE
Andy Clark lays bare one of the greatest mysteries of Warhammer 40,000: the trials Saint Celestine must undergo in order to return from death…

THE STORY
With her mighty wings spread wide and Ardent Blade aflame, Saint Celestine is the living embodiment of the God-Emperor’s wrath. Her halo blazes like a star upon the smog-wreathed, blood-soaked battlefields of the 41st Millennium; its holy light leading the faithful to victory time and time again. As heretics and daemons tear at her flesh, she calls down fires of retribution from on high to smite the wicked and unrighteous.

If she is to fall in battle, none should mourn as she is Celestine, the Living Saint, and death is her duty. Though it comes at a great cost. For each time she is slain, Saint Celestine finds herself trapped in a terrible realm of suffering and torment. There her faith in the God-Emperor will be put to the test so she may prove herself worthy of life once more.

Release Date 22nd Oct 2022 A Warhammer 40,000 NovelFollow the exploits of Oltyx, who – having finall