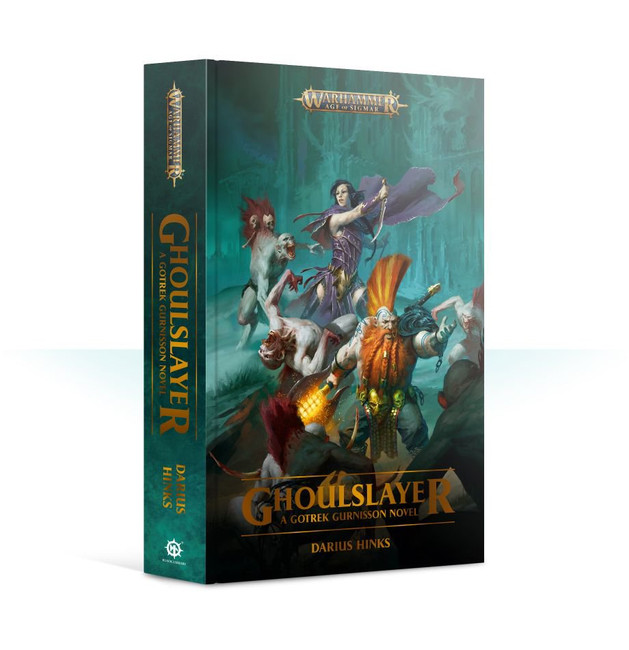 Gotrek Gurnisson, last survivor of the world-that-was, seeks the Undying King himself amidst the bleak underworlds of Shyish. Surrounded by the ghosts of the past, can Gotrek achieve his goal, or will his soul be forfeit?

READ IT BECAUSE
It's Gotrek's first full-length novel in the Mortal Realms, and it pits him against all the horrors of the Realm of Death, as he seeks almighty Nagash!

THE STORY
In the bleak, haunted underworld of Shyish, a vengeful Slayer seeks the Lord of Undeath. Gotrek Gurnisson returns, his oaths now ashes alongside the world-that-was, his fury undiminished. Branded with the Master Rune of Grimnir, the God that betrayed him, and joined by Maleneth Witchblade, a former Daughter of Khaine turned agent of the Order of Azyr, the hunt has taken them far and wide through the Realm of Death. Will Gotrek find a path to the Undying King or will the underworlds claim him as their own?

An Adepta Sororitas novel In the wake of the war for Ophelia VII, Battle-Sister Evangeline of the Or

A Warhammer 40,000 novel Saint Celestine is one of the greatest heroes of the Dark Imperium, an immo

SMB: Armour of Faith A5 HC

Riders of the Dead

Riders of the Dead A Warhammer novel by Dan AbnettIn the Chaos-infested wastes, two Empire soldiers