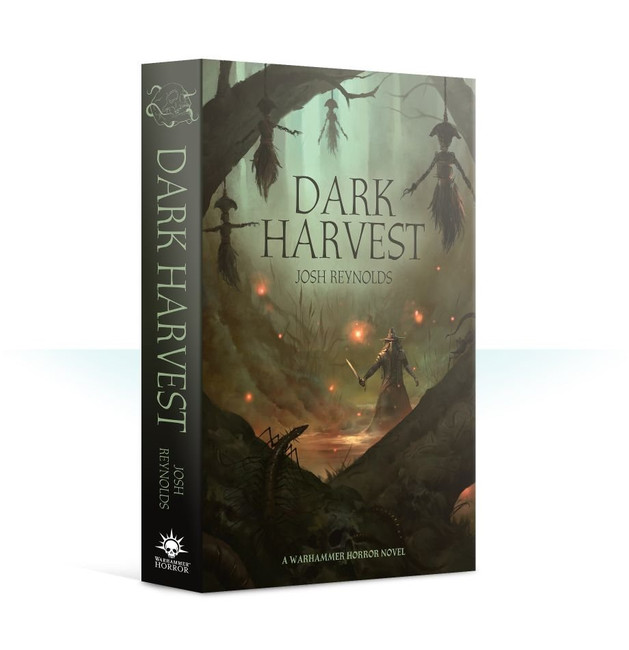 A disgraced warrior-priest who prowls the Greywater Fastness is forced to confront his past when a message from an old friend sends him on a perilous quest. In an isolated village full of untrusting souls, his darkest secrets threaten to come to light.

READ IT BECAUSE
Explore a corner of the Mortal Realms full of dangerous characters and dark secrets in a novel by Josh Reynolds, master of the sinister.

THE STORY
Harran Blackwood was a Warrior-Priest of ruthless virtue. Now he's a man with a scorched reputation, prowling the back alleys of Greywater Fastness, content to fight the petty wars of racketeers for survival. But when a desperate message arrives from an old friend, Blackwood is forced to confront a past he thought long buried. Summoned to the isolated village of Wald, Blackwood sets off on a perilous trek to ensure the sins of his former life remain forgotten. He soon discovers that Wald is a hostile, secretive place with sins of its own. Deep in the murky marshes, where the cruel chants of village folk echo and the stink of death hovers low, Blackwood must channel his bitterness and rage to defy the ancient darkness that now hunts him before he is devoured, body and soul.

A Warhammer Horror omnibusGenevieve Dieudonné is a vampire – but that doesn't make her evil. Follow

Book 2 in the Bequin seriesAlizebeth Bequin's world has been turned upside-down. Now she must choose

Book 1 in the Bequin seriesIn the city of Queen Mab, nothing is quite as it seems. Pariah, spy, and