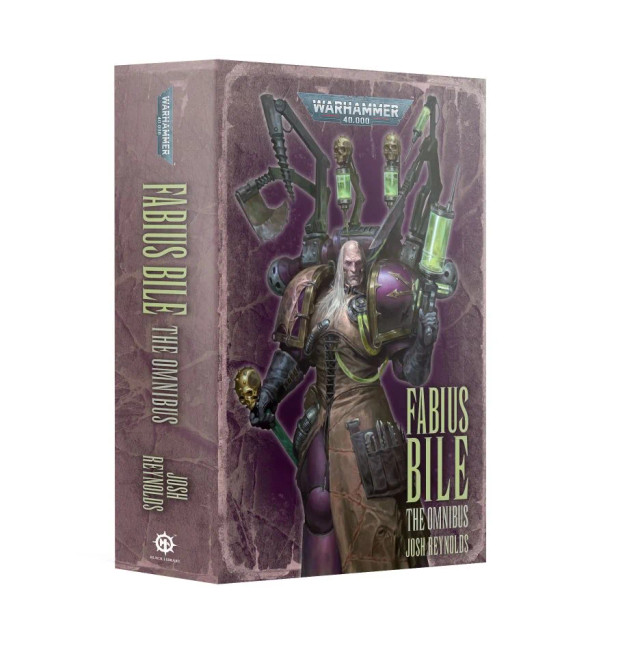 Originally chief Apothecary of the Emperor's Children, Fabius Bile now believes himself to be a near-divine creator, an artist whose tapestry is the very flesh and blood of his brothers.

This omnibus contains three novels and three short stories that tell the twisted tale of Fabius Bile and his endless pursuit of perfection.

Fabius Bile is known by many names: Primogenitor, Clonelord, Manflayer. Once a loyal son of the Emperor’s Children, now he loathes and is loathed by his brothers. Feared by man and monster, Fabius possesses a knowledge of genetic manipulation second to none, and the will to use it to twist flesh and sculpt nightmares.

Now a traitor amongst traitors, Fabius pursues his dark craft across the galaxy, from the Eye of Terror to the tomb world of Solemnace to the Dark City of Commorragh itself, leaving a trail of monstrous abominations in his wake.

CONTENTS
In this book you'll find the following novellas and short stories: