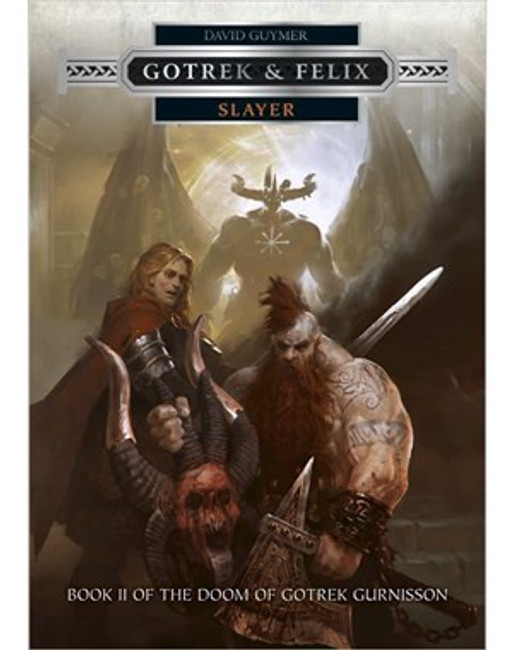 Book 2 of the Doom of Gotrek Gurnisson

It all ends here… After more than twenty years of adventures, Gotrek and Felix, brought together by fate but torn asunder by Gotrek's brutal actions towards an old friend, face their final challenge as the world reaches the End Times…

READ IT BECAUSE
This is the final adventure of Gotrek and Felix. All is revealed as Gotrek meets his doom and Felix's fate is sealed. The story contains the ultimate showdown between the comrades and their greatest foe ever, Be'lakor. The battle is like nothing you've seen before taking them from the forests of the Empire into the air, and to the very Realm of Chaos.

Gotrek & Felix: City of the Damned

City of the Damned A Gotrek & Felix novelFive centuries ago, a great city of the Empire was des

Legends of the Age of Sigmar Omnibus