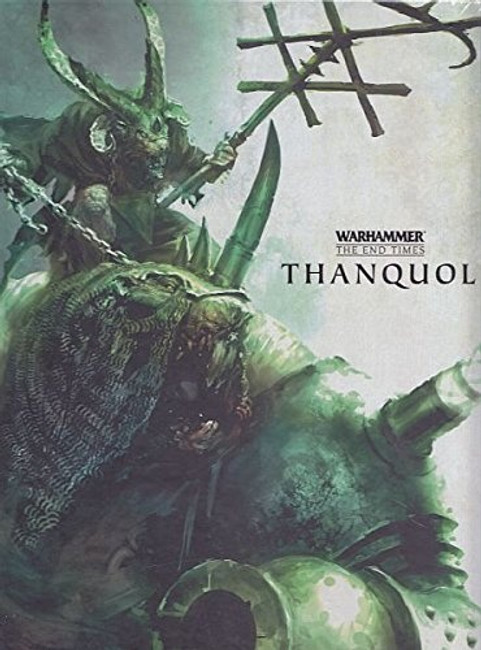 or make 4 interest-free payments of $36.50 NZD fortnightly with

The Skaven prepare to conquer the world above rising up from their vast Under-Empire. Dwarfs, the Empire of Men, and the ancients of Lustria find themselves overwhelmed by the tide of Vermin. How will it ever end.

Warhammer: Thanquol is the fourth instalment of the epic saga of The End Times. Following the story of the Skaven as they burst forth upon the Warhammer world, no hold is secure, and no continent is safe from their pestilence and technology. The Skaven's story is described over two softback books.

Warhammer: Thanquol Book 1 is a 232-page book which details the story of the Skaven during the End Times, chronicling the return of the Verminlords, the rise of Grey Seer Thanquol and the alliance of the Children of the Horned Rat with Archaon, the Everchosen.

Warhammer: Thanquol Book 2 is a 64-page rules book that contains 6 new scenarios inspired by the narrative of the End Times story and scenario special rules for jungle fighting in Lustria. It also includes background and rules for the full range of new Skaven miniatures, including five Verminlords: Verminlord Corruptor, Verminlord Warbringer, Verminlord Deceiver, Verminlord Warpseer, and Lord Skreech Verminking. As well as this, there are rules and background for the Stormfiends, and Thanquol on the latest incarnation of Boneripper.

The Fall of Altdorf Book 2 of The End TimesWhen the worst happens and the Emperor is lost, it falls