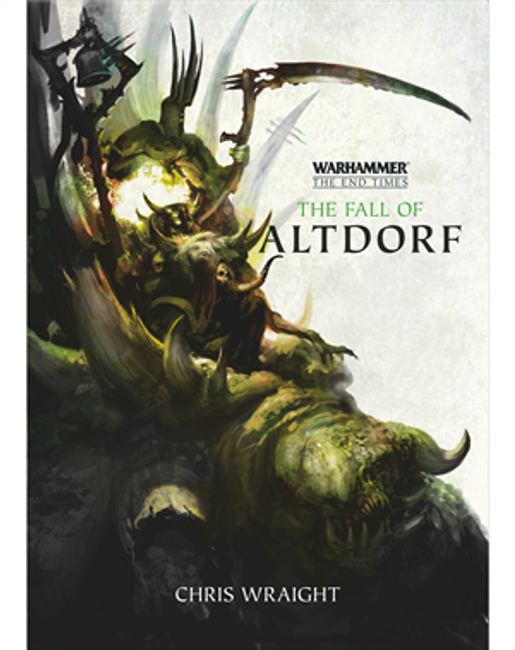 or make 4 interest-free payments of $6.75 NZD fortnightly with

The Fall of Altdorf

Book 2 of The End Times

When the worst happens and the Emperor is lost, it falls to Reiksmarshal Kurt Helborg to return to Altdorf, capital of the Empire, and prepare to meet the forces of the Ruinous Powers in a final battle for that ancient city.

READ IT BECAUSE
Not only does this novel chart the apocalyptic battle for the very heart of Sigmar's realm, but it brings back heroes and villains from across the Warhammer mythos and reunites the Empire in a most unexpected way…