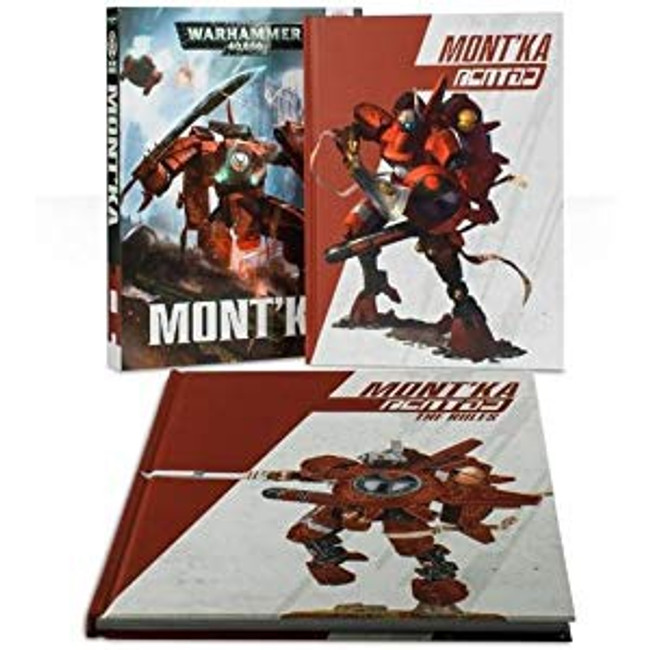 or make 4 interest-free payments of $37.50 NZD fortnightly with

The Tau Empire has invaded Prefectia with an unprecedented display of force, intending to harness the incredible geo-electric potential of this fortress world to power their increasing incursions into the domain of the Imperium. Of course, this aggression cannot go unanswered - the Adeptus Astartes soon launch a blistering planetstrike that quickly becomes an uncontrollable, world-spanning war. They may have met their match, however, in the Fire Caste’s greatest mind; Commander Shadowsun, heroine of the Greater Good and master of the strategy known as Kauyon.

This two-book set contains a 120-page hardback narrative book, detailing the struggles over the fortress world of Prefectia between the forces of the Tau Empire and the Adeptus Astartes; and an 88-page hardback rulebook containing all the new rules content from Codex: Tau Empire - buy this, and you’ll be totally up to speed with all the new Tau miniatures.

A simple and fun way to set up games of Warhammer 40,000, Open War cards take all the indecision and

Shield of Baal: Exterminatus is a campaign supplement for the Seventh Edition of Warhammer 40,000. I

Cunning and malevolent, the skaven seek to spread ruin and corruption wherever they go. This insidio