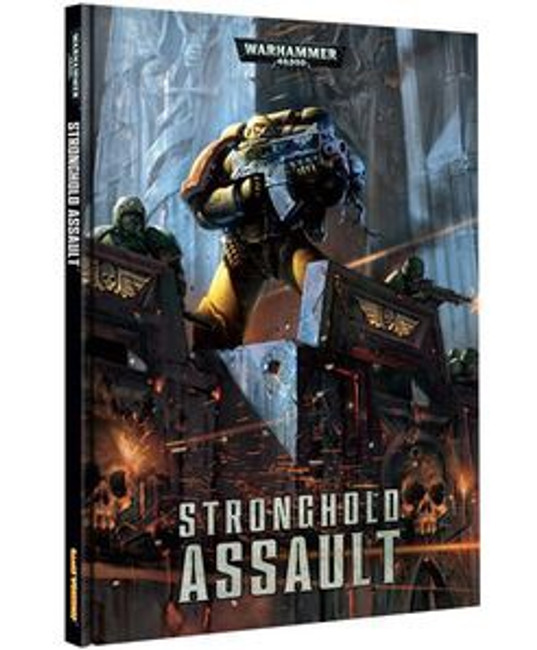 Armoured bastions and towering bulwarks stand as imposing sentinels on almost every battleground in the 41st Millennium. To assault such fortifications is invariably to charge in the face of death, and only the most determined army has any hope of survival.

Warhammer 40,000: Stronghold Assault provides a plethora of background material and rules to turn any game of Warhammer 40,000 into full-blown siege warfare.

You will need a copy of the Warhammer 40,000 rulebook and relevant codexes in order to use the contents of this book